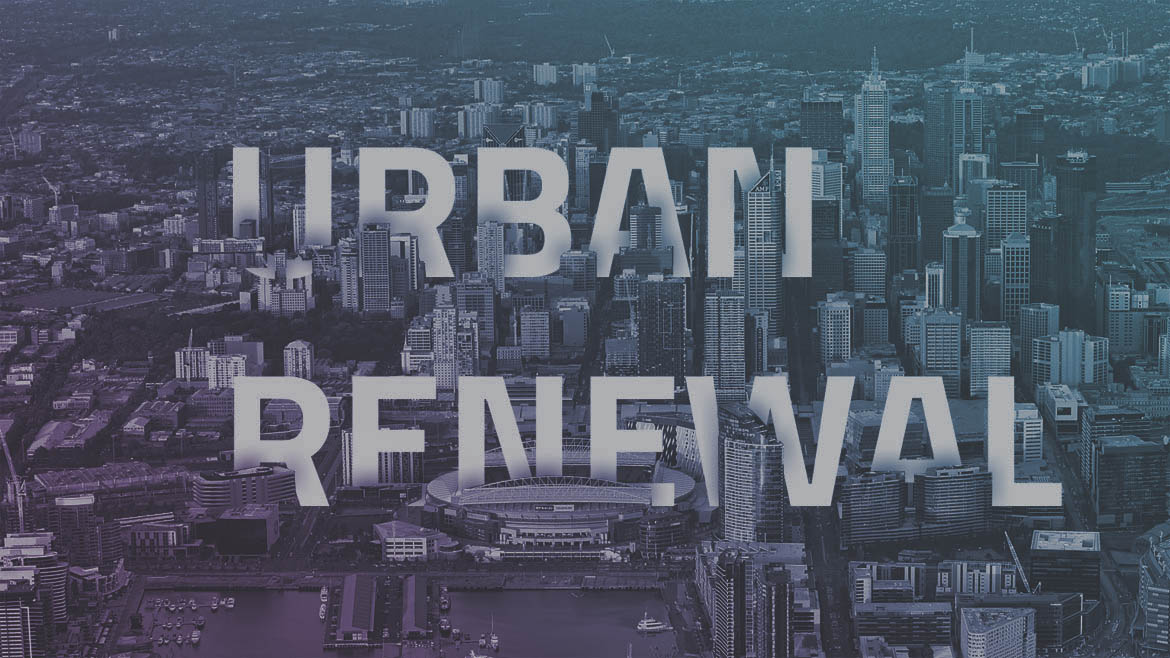 Urban Renewal – Getting It Done 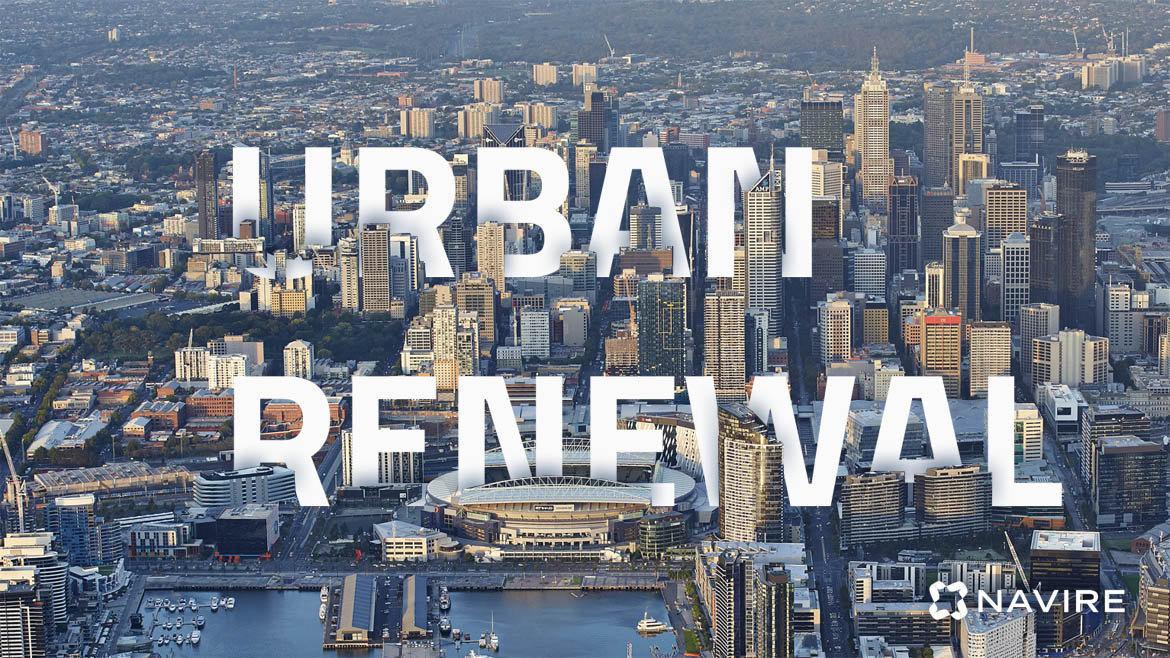 Large-scale infill or urban renewal is a long-term undertaking. Its solutions are context specific and, consequently, this post does not profess to have all the answers. It does, however, explain how a team at Places Victoria has sought to bridge the gap between State planning policy and on-the-ground outcomes in one of Melbourne’s designated Central Activities Areas, Dandenong, in a project called Revitalising Central Dandenong (RCD). The post also suggests a set of guiding principles for infill and urban renewal that could be applied elsewhere.

Urban design and aspiration are important, but too often they are the only things that drive the planning of infill and urban renewal projects.

Economic and market realities, the community and/or how to implement are often overlooked with the project’s proponents then wondering why the hoped developments haven’t materialised and/or the community hasn’t been supportive.

VicUrban was asked to undertake the business case thinking for the RCD project in 2004-05. At that time, State planning policy (Melbourne 2030) was big on planning theory and rhetoric regarding infill and urban renewal but devoid of any serious thinking or guidance on how it was to be implemented. The first question we therefore asked regarding central Dandenong was what is its economic purpose or role in relation to the Melbourne CBD and the south east of Melbourne?

Historically, Dandenong has played the role of Melbourne’s second city, the capital of Melbourne’s south east and the city to people living in the rural areas of south east Victoria. It has been, and remains today, the place that many new migrant Australians first called home, found work and established their new lives. But in the 30 years leading up to the creation of the business case, Dandenong had lapsed into urban decay. Large multi-national manufacturers abandoned the area, shedding jobs in their wake. The large shopping centres of Chadstone and Fountain Gate weakened Dandenong’s retail core. The office parks in locations with no amenity but with seas of at-grade car parking undermined Dandenong’s office market. The number of uneducated and unskilled migrants and refugees from war-torn areas of the world increased. In short, the city centre had become tired, unappealing and stigmatised as unsafe and undesirable. It was the perfect urban storm and development was bypassing the city.

Having said this, deeper analysis of Dandenong and the economy of Melbourne’s south east indicated a distinct sense of opportunity.

Including the six local government areas surrounding Dandenong, a population of over 1 million people sits on Dandenong’s doorstep. Forty per cent of Melbourne’s manufacturing, and much of it smart manufacturing, lies within a 15-kilometre radius of central Dandenong. Dandenong has enviable road, rail and public transport infrastructure that links it efficiently to the rest of Melbourne and beyond. In short, Dandenong has good foundations on which to rebuild a capital of the south east and Melbourne’s second city.

Our analysis then focused on understanding and predicting the nature and size of the current and future office, residential, retail and other markets in the south east. In particular, with a view to assessing how much of that growth could be attracted to central Dandenong over a 15 to 20 year period and, more importantly, what would have to be done to get it there.

This was step number one. Not a piece of yellow trace or pencil touched. Not an urban design guideline uttered. Instead, we established the targets for the type and amount of development activity and investment for central Dandenong – indeed how could you design or plan the city centre without this information? What would you be planning or designing?

THE GUIDING PRINCIPLES FOR GETTING IT DONE

We then set about planning how to attract the targeted activity and investment to central Dandenong. To that end, we devised a set of guiding principles to help determine what needed to be done and how it would be achieved. Those interrelated guiding principles were:

The RCD project was going to bring change; some of it substantial. Community consultation was the key to ensuring that there was a broad based shared vision for this change and the benefits it would bring. As soon as Government announced the initial funding for the RCD project in September 2005, VicUrban, together with the City of Greater Dandenong (CGD), undertook six months of community consultation to produce the Shared Vision document for RCD. Launched in April 2006, the Shared Vision document encapsulated the qualitative outcomes the community wanted to see delivered in central Dandenong. This was important, not only in providing a yardstick against which the success of RCD could be measured, but also in guiding the master planning that would be undertaken for central Dandenong. There was, however, an even more important purpose of the consultation. It gave the project team an opportunity to interact with the community on the economic and market realities of central Dandenong as part of setting the vision, and on the steps that would need to be undertaken to achieve their vision.

A lack of planning certainty is one of the largest risks that developers (and potential tenants) face in deciding whether to develop – even in strong market locations. In challenging market locations such as Dandenong, a lack of planning certainty is even more lethal to development. Developers won’t bother; as was evident in the fact that developers had overlooked central Dandenong for the better part of 25 years.

Consequently, in an attempt to attract developers and their tenants to central Dandenong, it was necessary to make the planning process as procedurally certain as possible. This was not about accepting any development, regardless of its quality. It was about working with developers to ensure they put forward the best proposals they could and with a very clear understanding as to whether or not they’d receive their planning approvals.

In RCD, planning certainty was provided in a number of ways.

The economic and market assessment investigations and the Shared Vision process identified a number of infrastructure projects as being necessary to help central Dandenong achieve its economic and other objectives.

By the time the Lonsdale Street works were undertaken three years later and after numerous interactions with Bert about RCD, Bert was not only happy to have a tree in front of his shop but had independently called a Melbourne talk back radio station in response to a previous caller’s concerns about the works. Not satisfied in stating that the previous caller didn’t know what they were talking about, Bert went on to proclaim the virtues of the works and that they would “make Toorak look like a shanty town”. While you need to know Melbourne to understand the full force of this tongue-in-cheek statement, Bert’s independent act of third party endorsement at a crunch time of the project is a great validation of the importance of community engagement.

As attractors of private sector investment, seed projects must be economically sustainable in their own right or else run the risk of hindering rather than helping the achievement of objectives.

In the case of central Dandenong, the economic analysis determined it necessary to seed approximately 20,000m2 of Government tenanted offices in addition to the infrastructure amenity improvements that were being undertaken.

At this time, the Department of Human Services (DHS) was seeking to bring together its four separate tenancies across central Dandenong and upgrade its substandard client facilities into one new tenancy. Having acquired and amalgamated a parcel of land, Places Victoria then ran a public bid process to find a developer to purchase the site and lease the building to the Government tenants.

This process resulted in Grocon being selected as the successful developer in October 2009. Grocon’s 6 star green star Government Services Office (GSO) was officially opened in April 2012 and has started to redefine both the street and the skyline in central Dandenong. Together with much of the RCD infrastructure, the GSO has also started to help redefine Dandenong’s amenity and identity. Dandenong is now being discussed in urban design blogs and similar forums in which it has never been involved – all part of the important exercise of changing perceptions to overcome Dandenong’s stigma of being undesirable.

But not all seed projects have come to fruition. A major disappointment has been our inability to convince Government of the need to support a substantial tertiary education project. While a number of business cases outlining the benefits to the relevant institution, local community and vitality of central Dandenong have been submitted, they have not received the necessary Government support.

Any time Government seeks to make land use change at scale and in locations where the market does not currently participate, it is an extremely difficult task without having control over at least a portion of the land in question.

In the case of RCD, it was clear that land control would be necessary for two reasons. First, to deliver the necessary supportive infrastructure. And secondly, to ensure that sites of sufficient size were created to deliver the seed projects and facilitate delivery of the other private sector developments. The paucity of larger sites in central Dandenong made acquisition and amalgamation of land necessary, as this was something the private sector could not do.

In this context, the importance of prior community engagement once again shone through. Approximately 170 land titles from 120 owners have been acquired. Most were acquired through negotiation, while others were through compulsory acquisition, but all without any meaningful adverse community reaction.

This guiding principle is essentially about having the right people running the project. People who can deal with the public and private sectors and manage the project so it can travel through the inevitable market cycles that will occur along its journey.

While preparing the RCD business case in 2004-5, the demise of Lehman Brothers and the Global Financial Crisis that occurred in late 2008 was not foreseen. Indeed, even at the start of the GSO bid process in early 2008 there was little indication of the credit crisis that was about to occur. Notwithstanding this scenario, an acceptable purchase price and rent was negotiated and Grocon obtained its finance for the GSO. The storm was weathered and development delivered.

While the Global Financial Crisis has had its impact, the following outcomes have been delivered in the project area in RCD’s first 5 years:

As I trust this post has made clear, I do not subscribe to the notion of “plan it / design it and they will come”. If large-scale infill and urban renewal were that easy, it would have been done by the private sector long ago. And even if a location is market ready, there are likely to be community and infrastructure factors that still make the infill or urban renewal task far more complex than an urban design or statutory planning exercise.

Nor am I arguing, however, that all large-scale infill or urban renewal projects require the amount of intervention and State support as the RCD project. As stated at the outset, the solutions for large-scale infill or urban renewal are context specific and will depend on a number of factors, with the suggested guiding principles a method to help think through the issues.

What all infill and urban renewal should involve, however, is:

And with this, the ability to create a great place is there for the taking.

At NAVIRE we help the public and private sectors work together to create value and deliver vibrant places.

We help navigate the path from strategy to delivery for clients who aspire to property development outcomes that deliver on multiple fronts.

Our Recent Articles and News